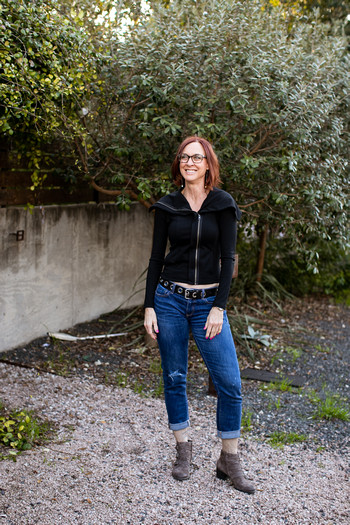 Since receiving my first camera in 1979, I have been into photography. The passion began to flourish once I entered high school. Three years and thousands of pictures later, I decided to pursue it as a career.
I entered college in 1988 at Orange Coast Junior College which was at the time well known for their photography program. By 1992 I was shooting the Billboard Music Awards and freelancing for the National Hockey League where the majority of my work was published in Canadian publications. I was also spending a great deal of time photographing local Hollywood bands (and a few more well known names) where my work was being published in "Hollywood Rocks", a local magazine covering the Los Angeles music industry.

Now, many years and what feels like millions of photographs later, I have switched gears and moved my focus to other genres of photography. I still very much enjoy shooting sports and entertainment and cannot get enough of taking my camera out into the great city that I call home (or someone else's city for that matter) but I believe my niche is working with people whether that be one on one or in groups. Either way, I am a people-person and enjoy the interaction that the direct contact brings.

Please take some time to view the galleries of so many faces I have photographed over the years. Every photographer has his or her own style so if you feel my style is what you are looking for; I hope we can work together someday.
© three sticks photography by Denise Stanley
Powered by ZENFOLIO User Agreement
Cancel
Continue